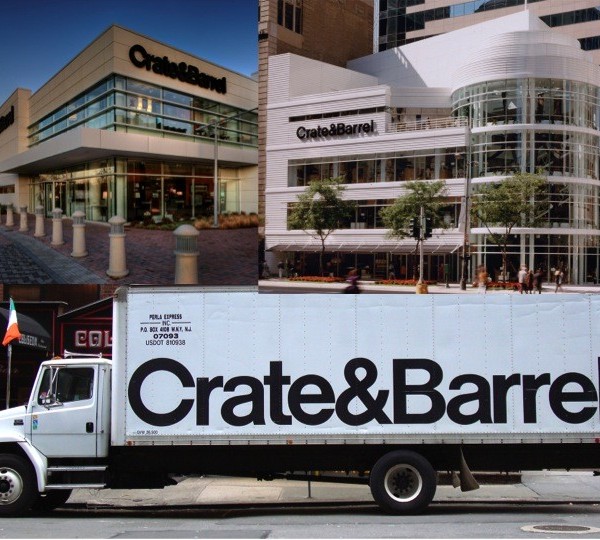 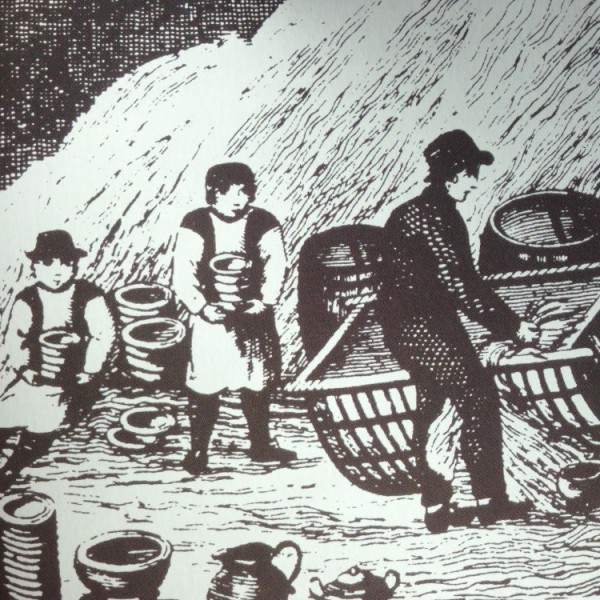 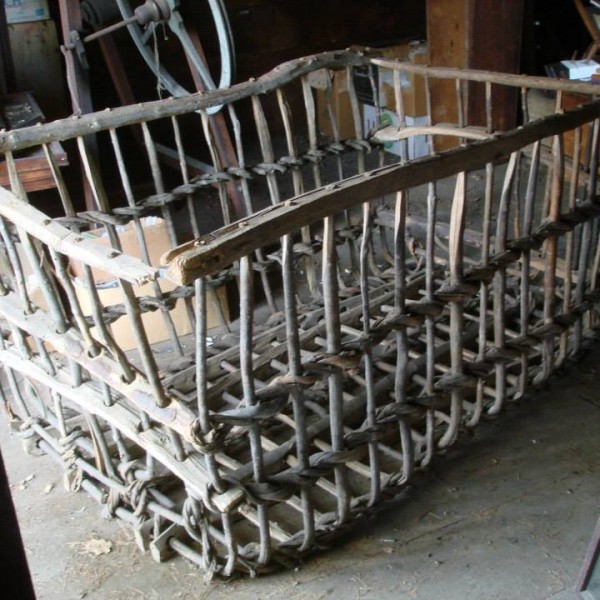 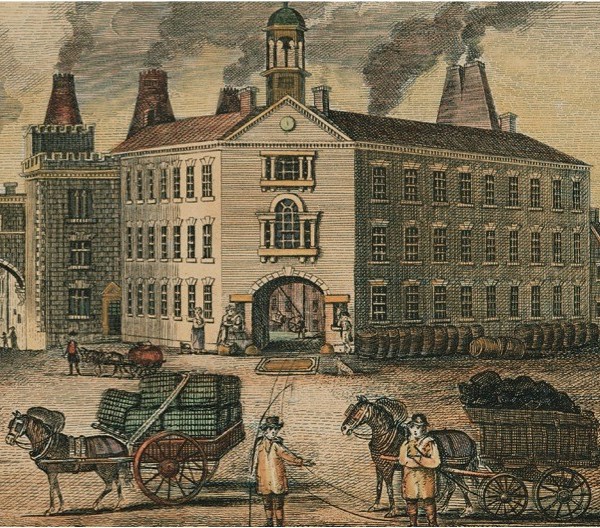 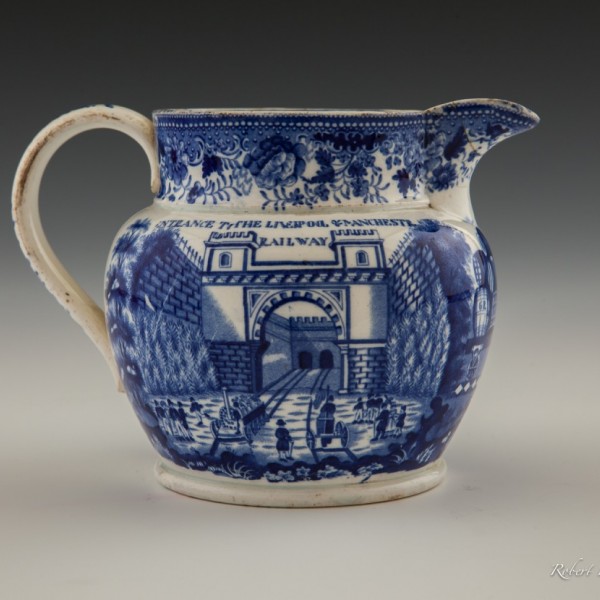 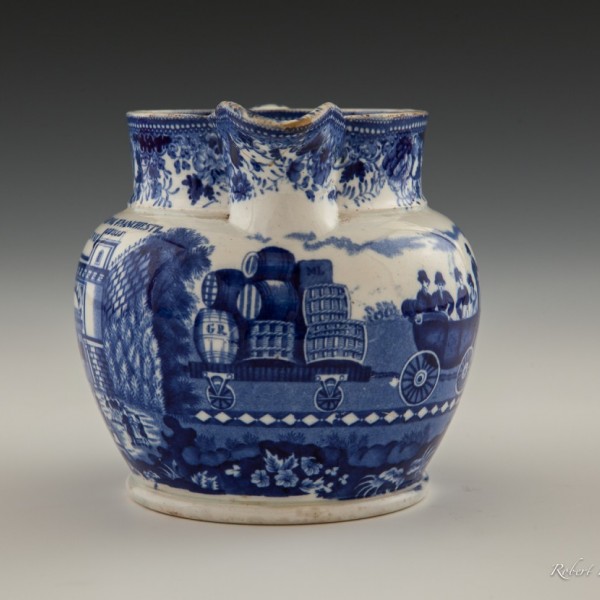 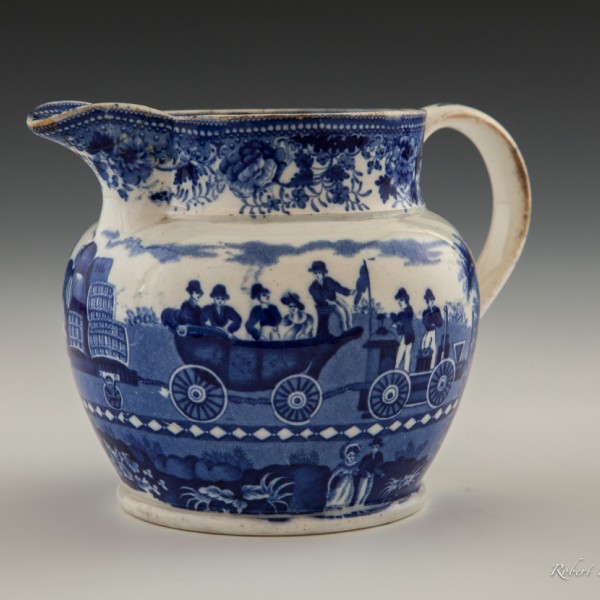 The popular home furnishing store Crate and Barrel opened in 1962 specializing in bringing affordable European ceramics to American customers.  They clearly took they name from the wooded shipping containers that brought these fragile goods safely through a transatlantic voyage.  These containers were not modern contrivances but had a long history of use by the British potteries as long ago as the 17th century and probably earlier.

In 1686, Staffordshire historian, Robert Plot wrote that ceramics were for sale “to the poor Crate-men, who carry them at their backs all over the Countrey.”

18th-century discussions of these crate and barrels are rare.  An engraving of the factory yard of Enoch Wood, ca. 1830 illustrates a procession of tradesmen’s carts before the elegant façade of the pottery works loading up crates and barrels.

A recently acquired printed jug, attributed to the Herculaneum factory, depicts the “ENTRACE TO THE LIVERPOOL & MANCHESTER RAILWAY” which opened in 1830.   The jug is rare because it is one of the earliest depictions of a railroad. But the scene of the jug is particularly of interest to ceramics historians as it shows a railway car loaded with crates and barrels, fresh from the Liverpool ceramic factories  on its way to points unknown.

My colleague Don Carpentier of Eastfield Village, in East Nassau, New York, discovered an ultra-rare example of such a crate in an upstate New York barn many years ago.  Ceramics would have been tightly packed and cushioned with straw.  While barrel and crates were the primary containers for getting the wares from the factory to the distributors, small wooden boxes seem to have been used to take the ceramics to merchants.

What’s in a Name? Crates and Barrels and the Staffordshire Trade