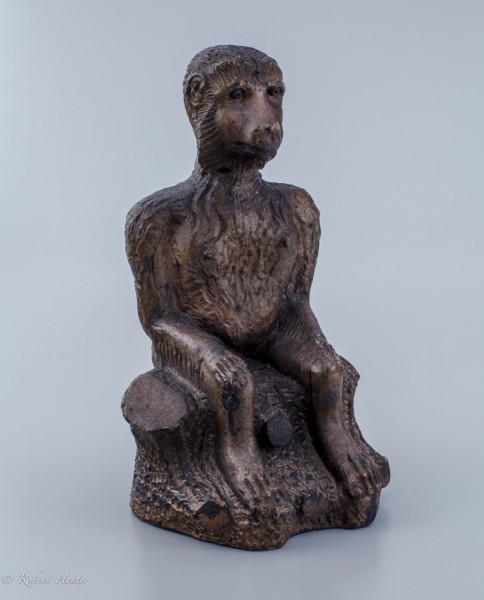 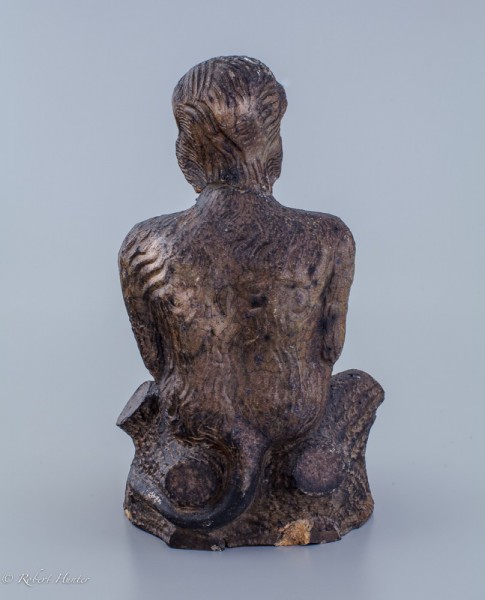 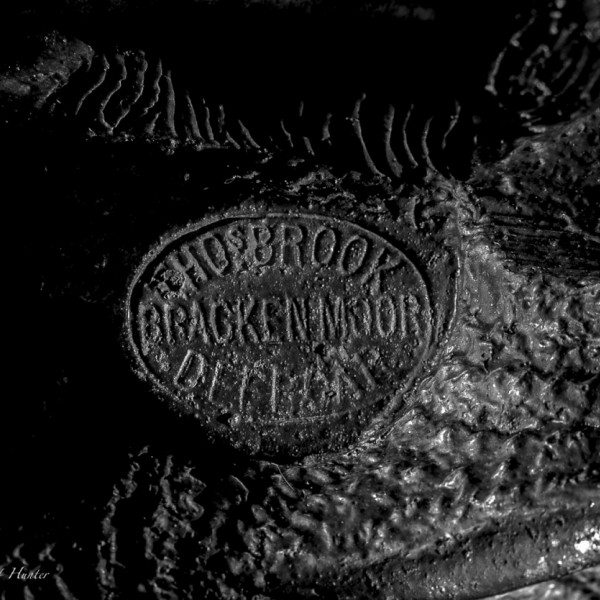 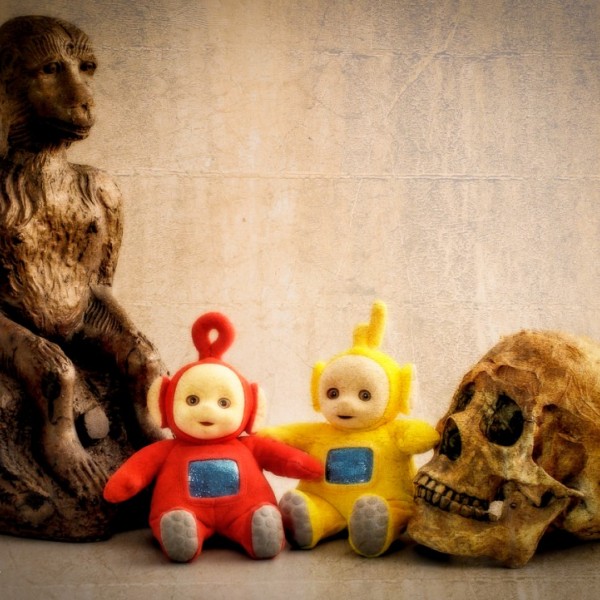 Ceramics have long been used as platforms for social commentary.  Political, social and religious messages are routinely conveyed through pottery and porcelain.  These include significant military triumphs, cataclysmic natural disasters, and technological achievements such as the steamboat or the railroad.   Scientific achievements are rarely codified in fired clay.

One notable exception recently surfaced in the form of a seated ape sculpted and cast in sewer tile stoneware.  As indicated by an impressed mark, it was produced in the tile works of Thomas Brook at Bracken Moor, in the Deepcar area of Stocksbridge in South Yorkshire, England. Thomas Brook was in business from the mid-1850s until his death in 1893.

These so-called sewer tile sculptures seem to be part of phenomena in these industrial operations both in England and the United States in the second half of the 19th century.

The sculpture stands approximately 15 inches high and depicts a seated ape seated on on a tree stump with its branches sawn off.

At first glance, one might dismiss the sculpture as whimsy, something a tileworks workman may have made at the end of day. However, the modeling of an Ape is unprecedent in this medium.

The most immediate connection probably relates to Charles Darwin's On the Origin of Species which he published in 1859.  His argument that humans evolved from apes set off a firestorm of religious, scientific, and popular debate and controversy.  It is an issue that is still widely contested in many religious circles in the world.

Darwin's theory becames a staple talking point in British popular and in the circles of "working men."  While a variety of published commentaries and engravings can be found from the period, very little art is associated with the controversy and certainly no ceramics have been identified. The sewer tile sculpture is very naïve in its execution but clearly seems to have been based on a widely circulated cartoon taken from Figaro's, 1874 London sketch book of celebrities.

For further reading see:  Janet Browne, 2001. "Darwin in caricature: A study in the popularisation and dissemination of evolution." Proceedings of the American Philosophical Society 145(4): 496-509.